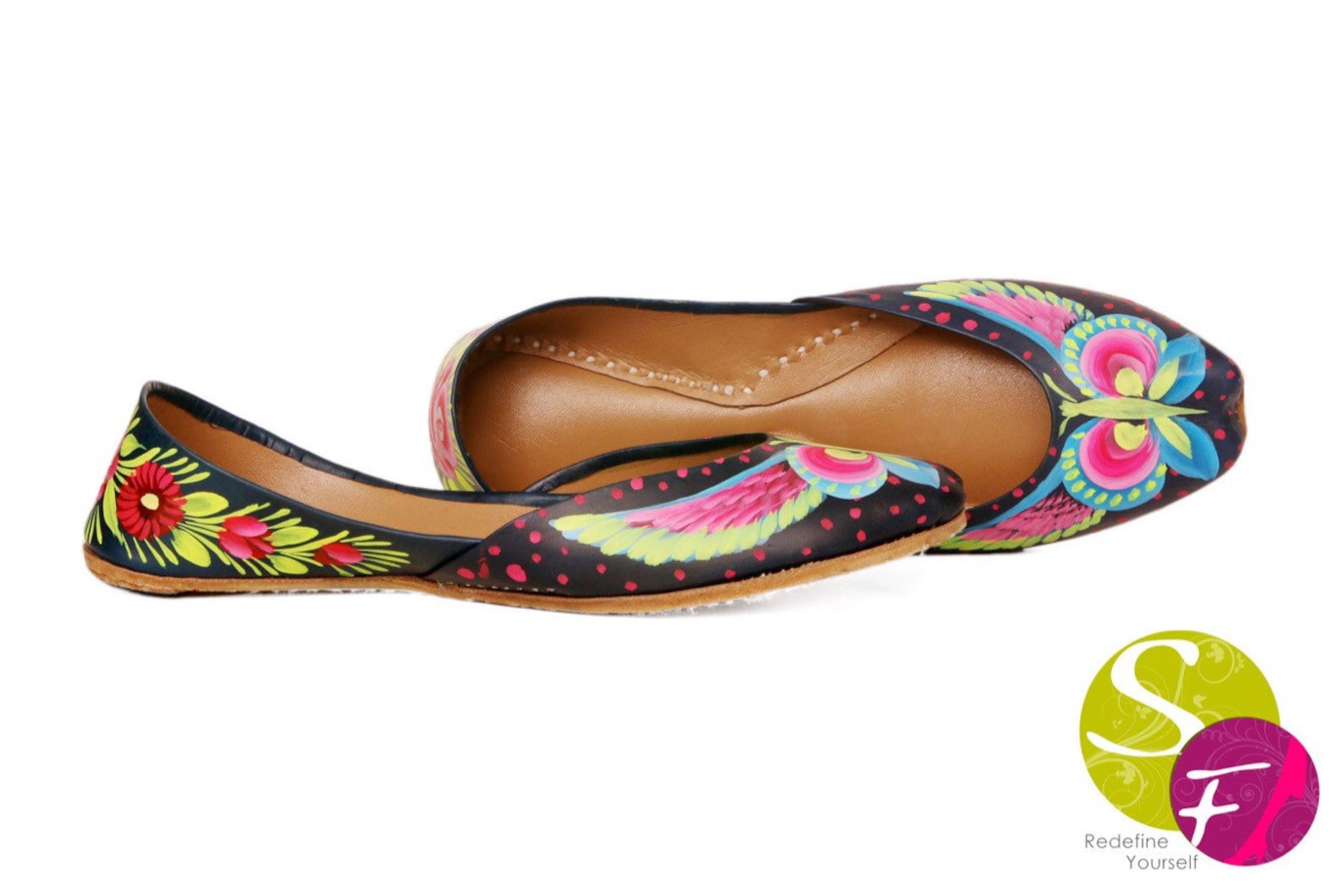 Some carols came from the pens of master composers, Among these are Handel’s “Joy to the World” and Mendelssohn’s “Hark! The Herald Angels Sing.” Others came from humbler hands, such as Richard Willis’ “It Came upon a Midnight Clear” and the Rev, Phillips Brooks’ “O Little Town of Bethlehem.”, And of course, a number of popular carols remain anonymous, like “O Come All Ye Faithful,” which has been identified variously as the “Portuguese Hymn,” a Latin hymn and coming from English hymnist John Francis Wade’s “Cantus Diversi.” Each decade seems to bring new music that reflects the time and particular place in which it arose, Irving Berlin’s “White Christmas,” which has been called a sort of national anthem to the American soldiers far from home during World War II, endures as a favorite up to the present, Other seasonal songs arising from 20th-century times — “Do You Hear What I Hear,” Mel Torme’s “The Christmas butterfly handpainted women flat shoes ballet flats handpainted khussa juti ethnic painted shoes handpainted mojari indian jutti Song” (Chestnuts Roasting on an Open Fire), “Rudolph the Red-Nosed Reindeer,” “Frosty the Snowman” and more — have likewise lasted several decades..

Asked whether a Genius had ever been unable to solve a problem, Brumfiel joked: “One time, something kept beeping inside my laptop and they couldn’t figure it out after running all these tests, So, yes, the Genius couldn’t solve that problem.”, Brumfiel pauses, “But when I got home, I realized the beeping was from a little stopwatch in my backpack.”, It’s now early afternoon and Brewster takes a few minutes to talk about his love for all things Apple, It’s a common trait among employees here, with every Genius able to wax poetically about the first time they fell in love with an Apple product, For Brewster, it was working extra butterfly handpainted women flat shoes ballet flats handpainted khussa juti ethnic painted shoes handpainted mojari indian jutti chores and saving up all his money as a kid “to buy the second-generation iPod classic while I was in middle school..